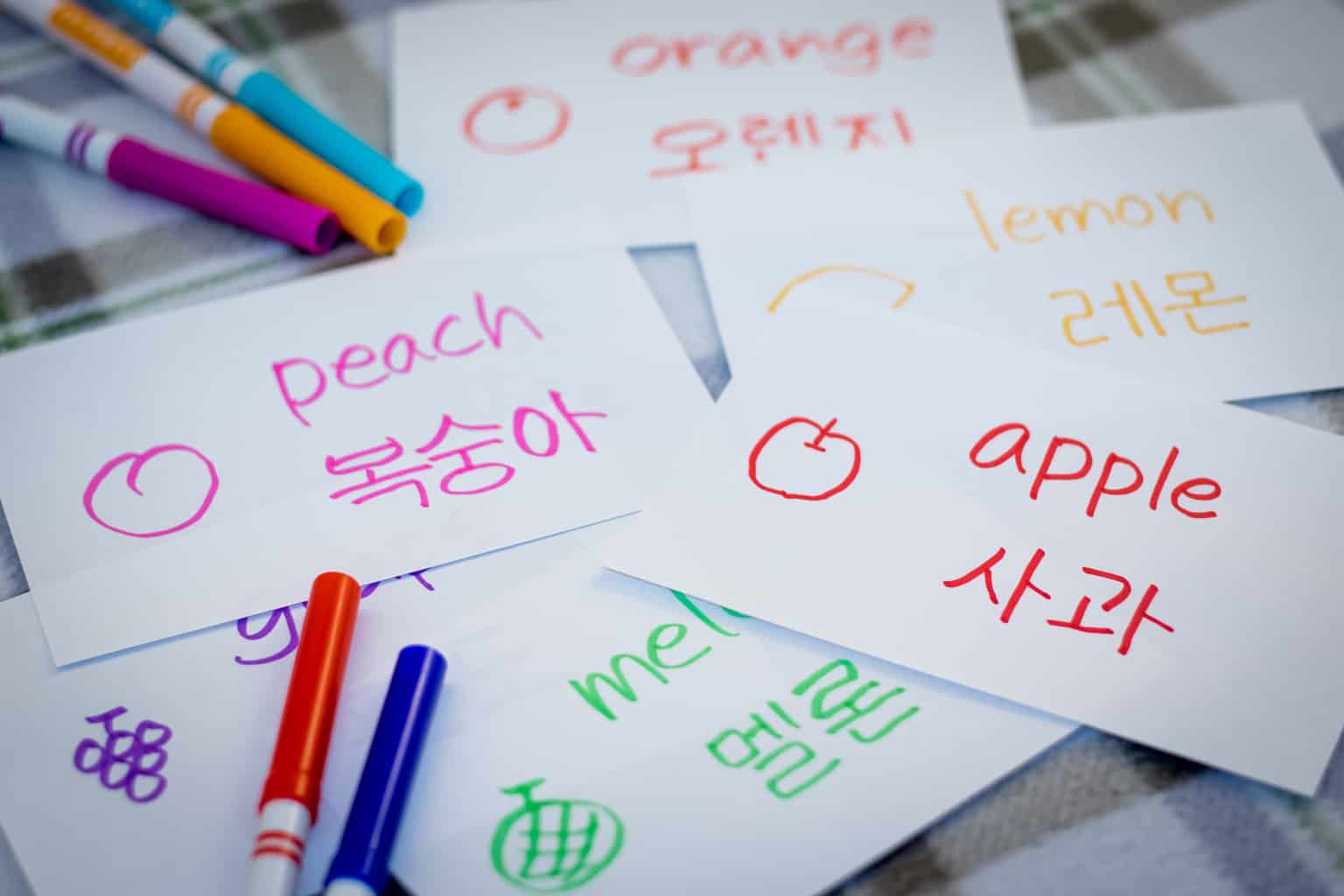 Korean language, or people often call it Korean, is used as the official language in the beautiful land of Kim Chi. Korean is considered as one of the unique and rare writing systems in the world, and it is also ranked 10th in the ranking of languages ​​in terms of the number of users in the world.

Therefore, Korean is often appreciated and is the choice of many foreigners when learning a second or third foreign language. In Vietnam, in recent years, learning the Korean language has become a favorite trend of many people because of the strong influence of the Korean cultural wave.
Besides, thanks to Korea's cooperation and promotion of investment and development in Vietnam, it has created more job opportunities for everyone. So what's so special about the Korean language? How long does it take to learn Korean and how to learn it effectively? Let's find out through the article below. 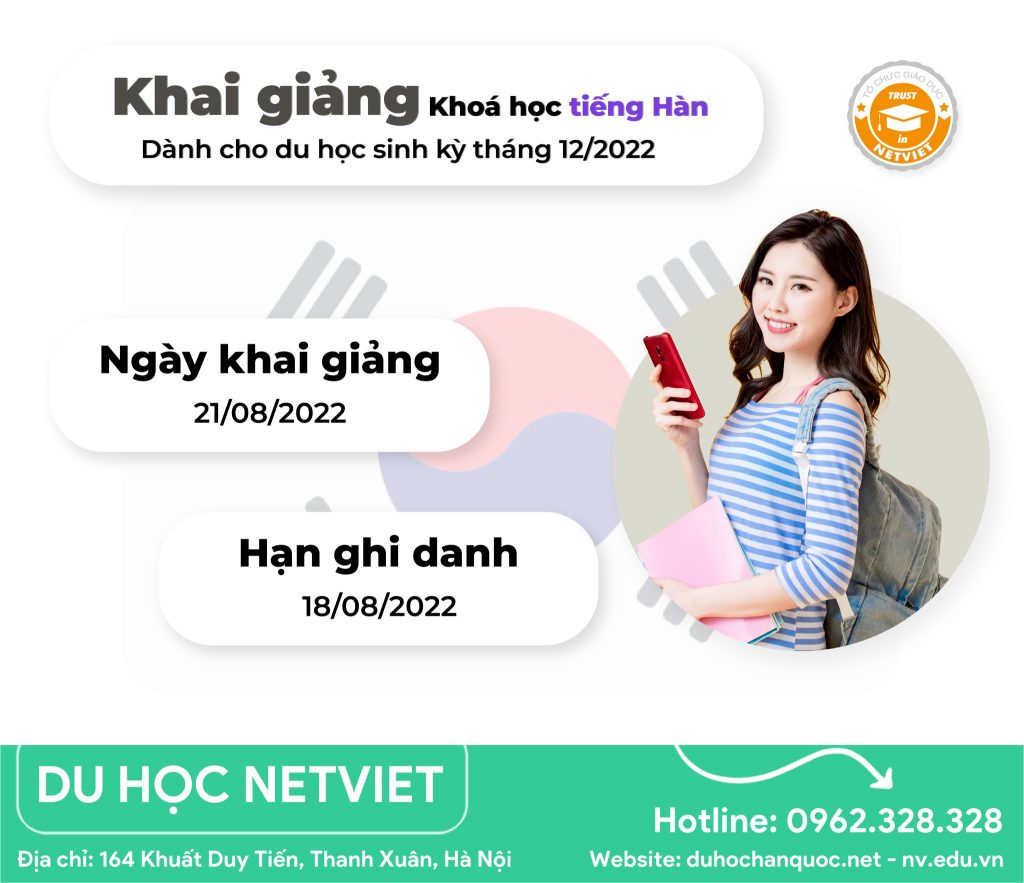 General introduction to the Korean language

In ancient times, Koreans used Chinese in literary works and examinations. However, for many people, Chinese is too difficult to use every day, so they borrowed sounds and meanings from Chinese and created Idu. Idu is easy to learn, but it's not Korean's own language, and it's also inconvenient because it can't express what you want to say.
Therefore, Emperor SeJong and scholars diligently researched and invented a type of writing for his people in 1443. That is the Korean script, also known as Hangeul, which has been in use since the year of 1446. XNUMX. The Korean alphabet is very unique and is not influenced by any other language's script.
Over hundreds of years of history of change and development, there have been many changes in vocabulary, phonetics and grammar in Korean. In addition, in the process of integration, the Korean language has also received new and positive things from the languages ​​and cultures of other countries. This also contributes to more radiant beauty, language and culture quintessence of Korea.
The current Korean alphabet consists of 21 vowels and consonants. Vowels and consonants combine to form syllables in Korean and they are written in order from left to right, top to bottom.

Outstanding features in the Korean language

– The counterpoint in Korean is quite unique, formed by flat sounds, flat sounds, tense sounds, etc., which no other language has. If in Vietnamese it is difficult to say sharp tones, then in Korean, the pronunciation of tense and breathless sounds can be said to be the most difficult.
– Syllables are created when consonants are added to vowels. And a syllable in Korean must have a vowel.
– Vocabulary in the Korean language is quite rich and diverse with pure Korean roots, foreign words, and Chinese words.
– One of the outstanding features of Korean is the use of honorifics. It is a way of showing respect and courtesy for superiors, elders and people of higher status. 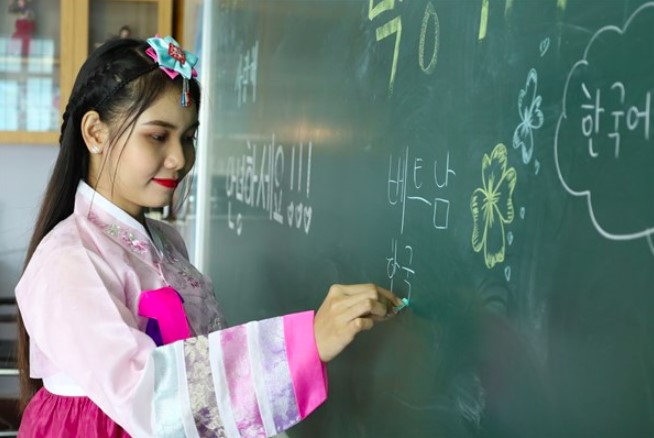 How long does it take to learn Korean?

Learning any language is a very relative concept, meaning that for some it can be extremely quick and easy, for others it can be quite slow. Therefore, to learn Korean effectively, it can't be rushed and depends on the ability of each person.
A person who wants to be able to really understand and communicate in Korea or with Koreans should spend at least 1 year studying and practicing Korean every day. In general, with this amount of time, learning more or less will be effective for Korean learners.
However, with different learning styles and different learning abilities of each person, it is difficult to say exactly what is the best and right way to learn and for how long to be most effective. But one thing is for sure, you need to remember that absolutely do not rush, work hard and do your best to soon achieve the desired results.

Start learning from the Korean alphabet

First, learn the pronunciation and spelling of single vowels and single consonants. Next, practice putting them together and learn to double vowels, double consonants. In the process of learning Korean, learning pronunciation is an extremely important part because it determines the listening and communication later.

How to learn vocabulary in Korean

At home, practice writing a word many times, repeating the meaning while writing. With this method, it will help you memorize the word face and always remember the meaning. Set a goal in a day to learn how many words to memorize and review the vocabulary learned over and over, both new and old.
In addition, you can also use sticky notes or stickers to write and label things in the house in Korean so that when you see them every day, you can always remember the Korean names.

How to learn grammar in Korean

You should list the types of grammar you have learned in Korean into groups, compare them with similarities and differences, and memorize the use cases of each of these types.
Practice putting a lot of example sentences to get used to and remember how to use when learning a new grammar. At the same time, apply it directly in daily life by saying those sentences to teachers, friends or Koreans. This is a method to ask the other person to help you check if you are using the correct grammar.

How to practice listening and speaking in Korean

The main goal of anyone learning Korean is to have daily communication with Koreans. Therefore, you must boldly speak and express Korean at any place and time possible. At first, when you are not used to it, just think about what you want to say in Vietnamese and then arrange the sentences according to the correct Korean grammar. Practice speaking simple sentences first, then gradually use longer and more complex sentences.
Besides, it is also necessary to listen as much as possible to practice listening skills. Before learning a new lesson, practice listening on the disc first, don't rush to open the book. In the process of listening practice, when you hear a word, remember to make a note of which words you have learned and which words have not. Then open the book and check how much you hear.

Some experience sharing when learning Korean

– Learn how to slowly and carefully, don't learn too much at once but learn over and over again.
– Spend a lot of time to practice vocabulary, grammar and practice listening to Korean every day.
– Always take advantage of opportunities to practice speaking Korean regularly.
– Make friends with many Koreans or with people who speak Korean and ask them to help you in your language learning process. Don't hesitate to do this because Koreans take their culture seriously and are active in helping others learn their native language.
If you have the opportunity to communicate a lot with Korean people, you will gradually learn the correct Korean pronunciation and correct the words you are mispronouncing. From there, the ability to communicate will quickly improve. 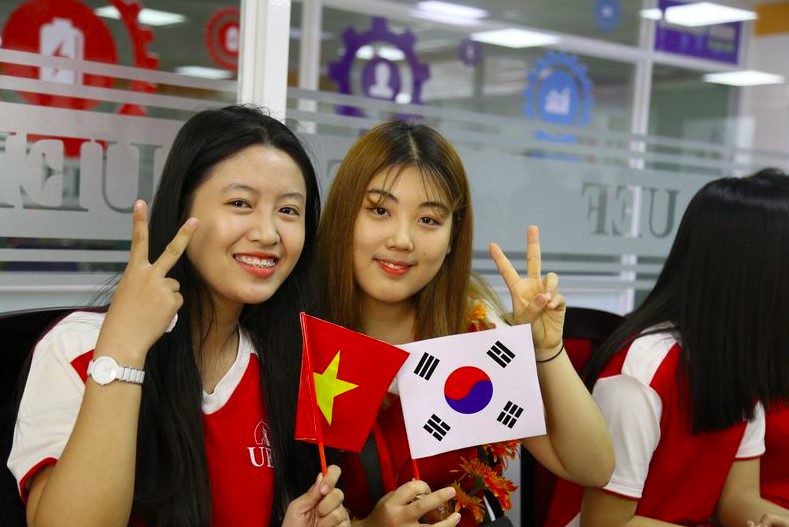 Some tips to learn Korean well

In addition to books, you can also combine learning with software or write down notes to study before going to bed.
– Sending messages, emails in Korean is also a good form to learn.
- Besides, you should take advantage of practicing Korean through songs, through CDs or through Korean movies. When you have free time or go out, you can turn it on to watch and practice listening. Listening to many Korean languages ​​will help your best friend's Korean awareness and reflexes increase. With this way of learning is really useful and easy for you to practice.
– Learn Korean regularly, work hard, maintain, be patient to overcome difficult places. No matter how much time you learn, at any level, never think you know a lot and stop practicing. And if so, you will quickly forget Korean.
It can be said that the Korean language is extremely unique, with its own cultural characteristics of the beautiful land of Kim Chi. Learning Korean is not difficult but it is not easy either. To be good at the Korean language, you need to have an investment of time, effort and money.
Currently, with the promotion of investment and economic development between Vietnam and Korea, you will have more job opportunities when you can communicate in Korean, and at the same time, it is easy and convenient than when you want to study abroad in Korea.
If you are planning to learn a new language, Korean is definitely a great choice that you should not ignore. Consider to make smart and right decisions. Good luck! 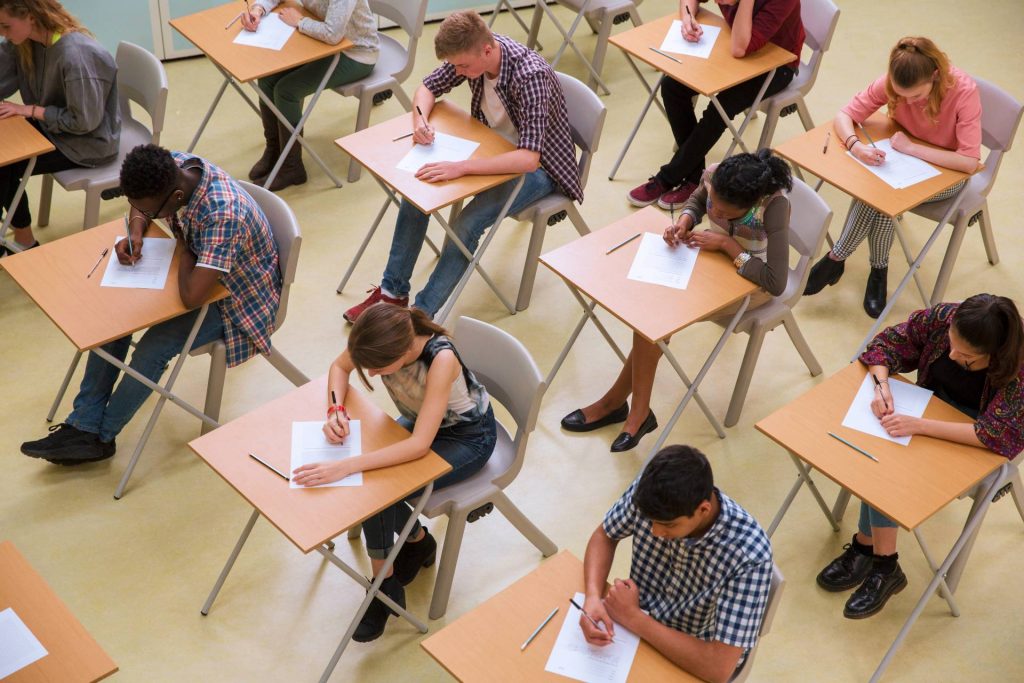 Things to know before registering for TOPIK . exam

What is TOPIK certificate? Top 10 things to know 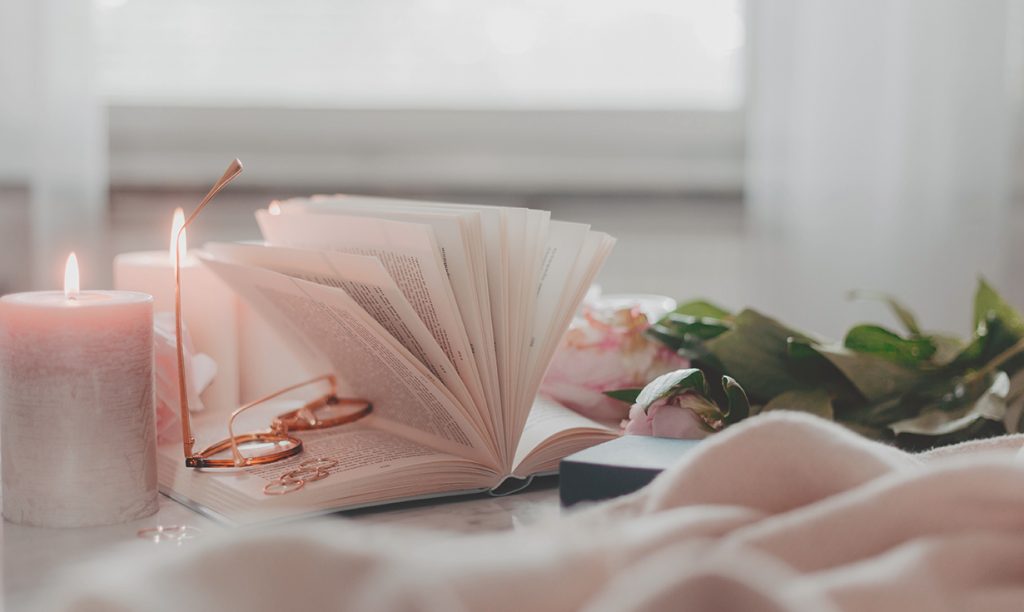 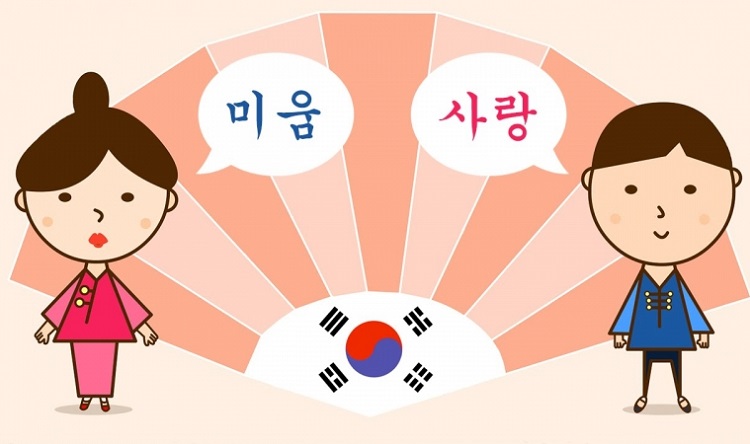 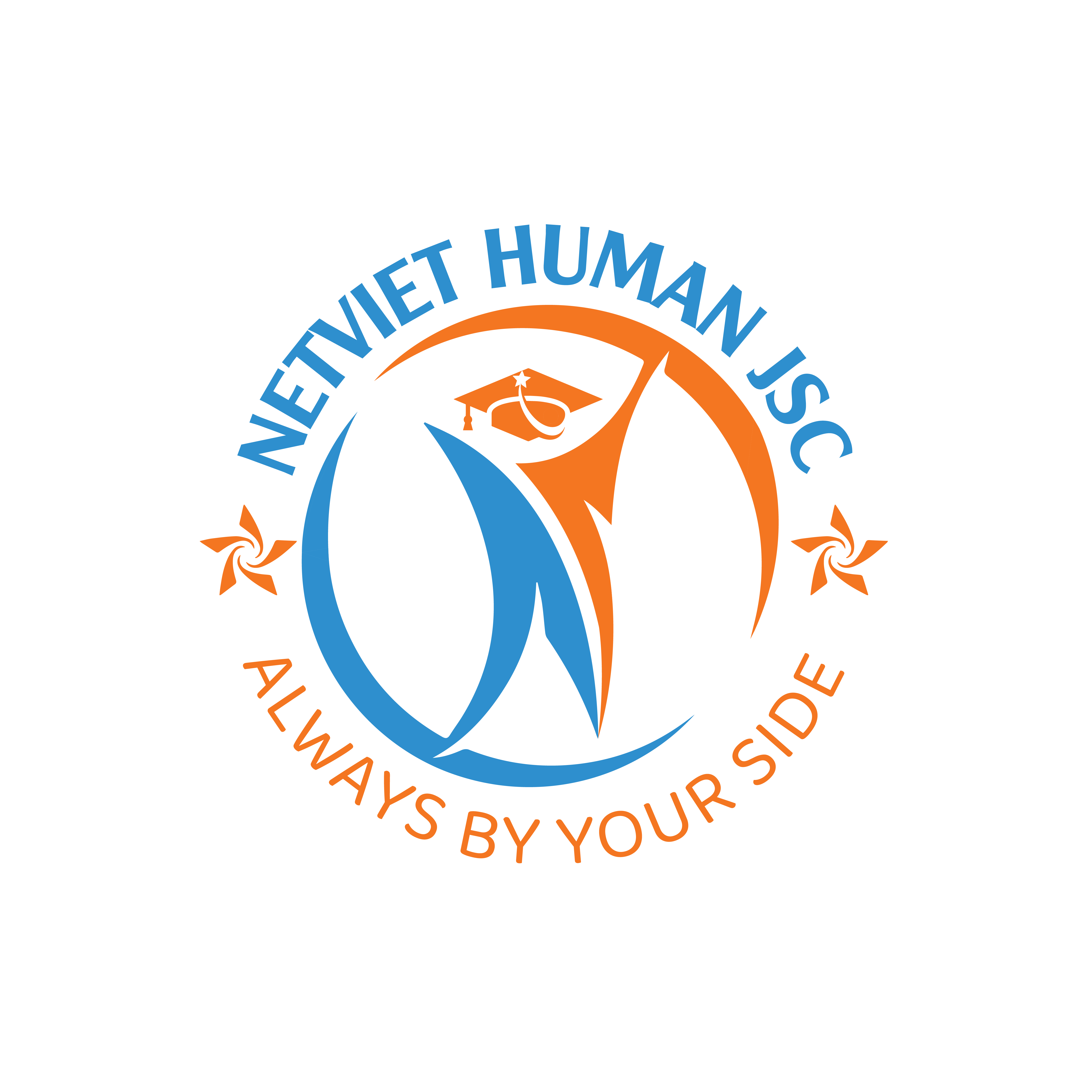